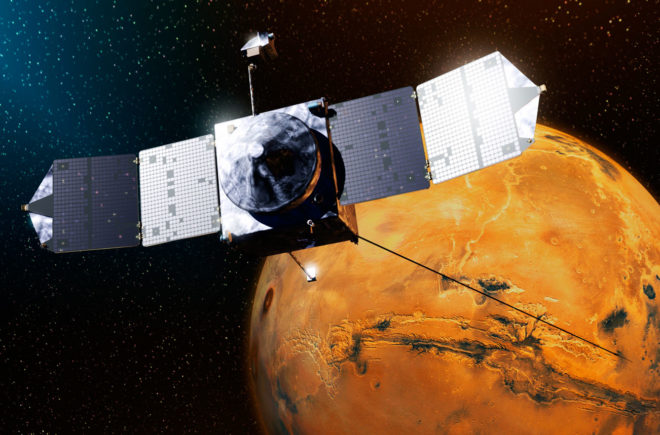 By tracking the movement of metal ions, scientists get a glimpse into the turbulent Martian atmosphere. The post Mars’ Ionosphere: Cold, Lifeless, and Filled With Heavy Metals appeared first on WIRED.

Thanks to the International Potato Center (yes, there is such a thing), when Leonardo DiCaprio travels to Mars IRL, as he is planning to do, his diet could include some way more exciting snacks than Tang and freeze-dried ice cream. That’s because scientists from the Potato Center, working in conjunction with NASA, have identified a type of potato that will actually grow well on the harsh climate of Mars.

The scientists involved in the project said that the potato discovery could not only benefit future Mars exploration, but could also help us deal with the impact of climate change on Earth. So, feel free to continue fucking up this planet, people, because all we need is a lift to Mars, and a diet of potatoes awaits!

The study went down in a lab in Lima, Peru—which is pretty damn apropos, because Peru is the birthplace of the domesticated potato, and, today, more than 4,000 types of potatoes are grown in the Andean highlands of Bolivia, Ecuador, and Peru. Potatoes—luckily for Mars explorers—enjoy growing in cold, barren land, but the research project involved growing potatoes in truly frigid, high carbon-dioxide settings that simulated Martian conditions.

The researchers in Peru—with an assist from NASA’s Ames Research Center in California—took 1,540 pounds of soil from Peru’s southern coast and transported it to Lima, where they planted 65 varieties of potato. The soil comes from a terroir that receives less than one millimeter of rain per year; Mars is similarly dry.

Then, the scientists attempted to grow the potatoes in below-zero temperatures with high carbon monoxide conditions and air pressure similar to that found at almost 20,000 feet above sea level. Only four varieties of potatoes managed to grow in those harsh conditions.

The scientists took one of the surviving potato plants and replaced the soil it was growing in with crushed rocks and a nutrient solution, again in an attempt to make the conditions more Martian. The aptly named “Unique” varietal won out.

Julio Valdivia, a scientist at Peru’s University of Engineering and Technology said the “Unique” potato was a “super potato” because it “resists very high carbon dioxide conditions and temperatures that get to freezing.”

Looks like mankind is yet another step closer to life on a planet that isn’t slowly becoming a flaming pile of trash.

In February, The Whitney Museum of American Art presented Red In View (Orbit), a 10 day continuous performance art piece by artists MPA, Amapola Prada, and Elizabeth Marcus Sonenberg. The project was a simulation of life in an enclosed habitat, which mirrors the experience settlers may one day find on Mars. For the duration of Orbit, the artists were governed by the climax clock, a schedule of moments of heightened intensity that allowed the performers to express themselves in the contained space.

The project culminated in “Assembly,” a final live performance outside of the enclosed space, in which the artists channeled their experience in Orbit and the “red emotions” – sexuality, anger, and human physicality, to reveal the colonizing effects of life on earth. Through this performance cycle, Orbit questioned the role emotions, creativity and radical expression might play in the future of space exploration.

The evidence for liquid water on the surface of Mars in the distant past is strong, but a discovery a few years ago provided a glimmer of hope that the wet stuff might still be making occasional appearances on the Red Planet. Fresh, dark streaks show up on steep slopes during the “warm” season, almost as if something wet is trickling downhill. To some researchers, however, these “recurring slope lineae,” which are a few meters wide and a few hundred meters long, look more like downward slides of destabilized sediment.

The question is, what could destabilize the sediment? The presence of briny water? (Water has been detected as a component of some of the minerals present, at least.) Could the thawing of carbon dioxide ice play a role? There is debate about which of these explanations can work and where water could possibly be coming from.

A new study led by Frédéric Schmidt of the University of Paris-Sud throws out a possible alternative that doesn’t involve thawing anything. If you’re holding out for water, you might consider that bad news, but it is at least a satisfyingly weird process. 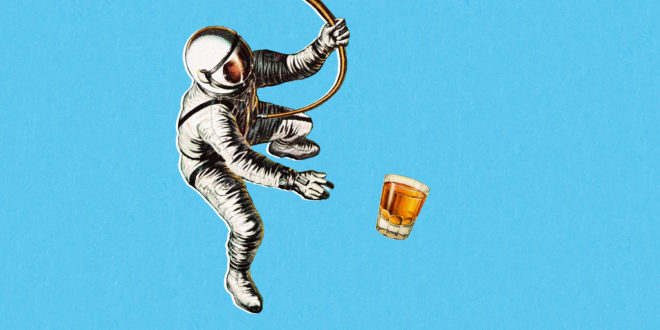 Here’s how astronauts can make liquor without breaking the laws of physics. The post What’s the Point of Going to Space if You Don’t Make Booze? appeared first on WIRED.

We want to reach out and touch the bumps, cracks, and crags of Mars’ surface that Finnish artist Jan Fröjdman weaves into a four-minute short called, A FICTIVE FLIGHT ABOVE REAL MARS. Fröjdman, also an R&D engineer and certified hot air balloonist, spent three months arranging data from 33,000 reference points on stereoscopic 3D images taken by the HiRISE camera orbiting Mars. He edited the results into a four-minute video that feels like scrolling Google Maps on the Red Planet.

“It has really been time-consuming making these panning clips,” Fröjdman writes on the project description. He wants to make it clear that these are a 3D representation based on data, not literal photographs: “This film is not scientific,” he says. “As a space enthusiast I have just tried to visualize the planet my way.”

Watch the full film below:

Keep up with Jan Fröjdman‘s work on his website.

Field Trip to Mars in a Real-Life Magic School Bus

[Premiere] Mars Comes to Miami as an Immersive Interplanetary Experience

Our Solar System’s two innermost rocky planets have no moons. Earth has an unusually large one, the product of a massive collision. And Mars’ two moons, Phobos and Deimos, are… well, weird, looking like asteroids but not behaving like them. Now, a new paper suggests that the moons’ oddity could be explained by a cycle of ring building and destruction that started more than four billion years ago.

The idea solves a bunch of problems, it may create a brand new one, and, best of all, it has some testable consequences.

Phobos and Deimos don’t look especially odd on the surface. In fact, their surfaces look a lot like a pretty mundane class of asteroids. So it has been suggested that the two moons are simply asteroids that wandered into Mars’ gravitational field and got caught. Phobos appears to be transient; in about 70 million years, it’s expected to drop close enough to Mars to be torn apart by the planet’s gravity.

“EXPLORERS WANTED ON THE JOURNEY TO MARS
Hike the solar system’s largest canyon, Valles Marineris on Mars, where you can catch blue sunsets in the twilight, and see the two moons of Mars (Phobos and Deimos) in the night sky.”

See all 8 posters at NASA.gov

This image is of Eos Chasma. This sounds like the name of a Star Wars character, but is actually part of the Valles Marineris canyon.

A chasma is not a chasm, although the definitions I found are similar. The difference seems to be that a chasm is rift resulting from tectonic activity, while a chasma is merely a depression with steep sides.

Photos takes with NASA’s HiRISE telescope. There are currently over 44,000 photos available

Business Insider has a selection